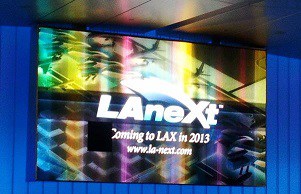 In-field power supply failure is a major cause of downtime in LED Displays. This is especially a critical problem in the Digital Outdoor and Live Broadcast applications. This white paper explores the technologies available to achieve 100% power supply up time that are now available in the market.

In the world of LED Video Wall, LED Screen, and LED displays, “resiliency and redundancy” are buzz words for critical applications such as Live Productions, Broadcast TV, and Digital Out-of-Home advertising–-where every minute of uptime is critical.

The power system, and in particularly the power supply unit (PSU) is an area susceptible to failures and continues to be an area of innovation for designers.

There still remains a probability of outage due to normal wear and tear, operating in non-laboratory environments, outlier events, or unpredictable external factors such as a power surge or weather-related events.

Most displays on the market today (2013) are not equipped with any resilient power system. Thus, if and when a PSU goes out, the LED tiles which it drives will inevitably go dark.

Most designs use one PSU to drive 3 to 6 tiles, based on screen pitch, tile size and power consumption of each tile. This means up to 6 tiles would go out in a chain of dark line across the screen when a failure occurs.

What this tells us is that if a PSU goes out on a Daktronics system, 2 LED tiles will be affected. This is an advantage over others that drive more than 2 tiles per PSU.

With resiliency implemented, any dark tile on a screen due to power can be eliminated. As soon as one PSU goes down, the backup source is immediately activated.

This switchover is instantaneous and without any visible interruption to the viewer. The probability of a black tile approaches to zero as it’s correlated to the probability of two or three PSUs going out at the same time.

Even in the extremely unlikely event that multiple PSUs go out simultaneously, the feedback and intelligence function will reduce the power draw requirement and dim the affected screen area so the area is dimmed, but never goes completely dark.

2-1 Backup：
Every single PSU is paired with a backup unit.  This is the most straightforward approach but the weight of the panel and increased cost is the tradeoff. Assume there are 4 PSUs per 3×4′ (1×1.2m) panel and 4 lbs per PSU on average would result in a total increase of 16 lbs per panel. Cost of additional PSU needs to be factored in but the benefits should outweigh the cost incurred from downtime on the screen.

n+1 Backup:
This setup is where a group of say 4 or 5 power supply is used in tandem with a backup unit (in which case would be 4 or 5 + 1). An intelligent feedback system is activated to monitor the number of active PSUs.  If one PSU goes out, the redundant grid isn’t affected as there’s ample overhead.  In the extremely unlikely case that more than 2-3 units goes out at the same time, the intelligence on the Smart system can reduce the screen brightness of the affected area to say–50% and thus reducing the overall load. The cost adders and weight increase of the n+1 solution are marginal and thus by far, it’s the most advanced in the market.

Feedback:
A component that goes hand in hand with “resiliency” is the “feedback” mechanism.  As a PSU goes out, feedback is activated, and the service provider is made aware of the outage. The location and an exact number of the PSU are also proactively identified so that a scheduled, targeted and swift maintenance event can be made. Feedback is commonly delivered by email or SMS.

Intelligence:
The mechanism by which the control system of the display works in conjunction with the PSUs to reduce the brightness of the affected area or to activate PSUs on reserve.

QST is a boutique LED screen and LED video wall manufacturer with 10’s of millions of dollars of LED screens deployed in North America since 2007. Our LED screens have been associated with fine organizations such as the NBA, NFL, NHL, NASCAR, LPGA, USOC, and in locales such as the Times Square Novotel and CBS 8 TV broadcast studio in San Diego. As an American-owned company with low-cost manufacturing subsidiaries, we take pride in using top-tier components and delivering high quality, reasonably priced screens with local inventory and technical services. Learn more: qstled.com or call 321-345-9399 for a 5-min cost estimate!