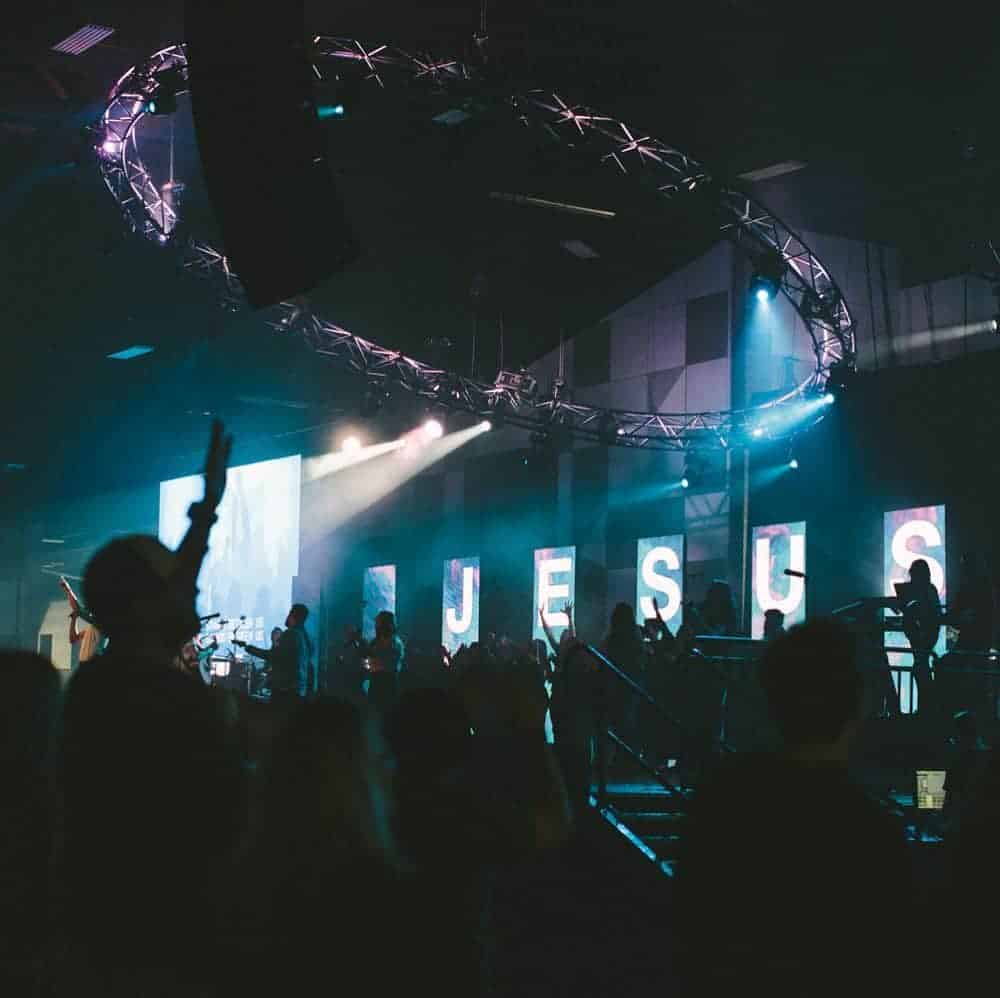 Share on facebook
Facebook
Share on google
Google+
Share on twitter
Twitter
Share on linkedin
LinkedIn
We are pleased to announce the installation of (2) 11.5×20′ screens for the Motion Church (formerly Four Square Church) in Puyallup, WA.
Late September (2018), QST was approached by the church’s AV integrator, a group out of San Francisco with an urgent request: The church was set to host a women’s conference at the beginning of October.
With a record-breaking production time of only 7 days and 5 days in shipping, this may be the fastest delivery of any LED Video Wall this size in the industry!
With QST having the components in stock, 4 consecutive overnight shifts for assembly, and with all involved deemed to be divine favor, we were able to finish this project on time.
A technical crew flew in from Pittsburgh and spent 3 days and 3 all-nighters to do the final assembly, flying/rigging, and configuration of the LED video wall. 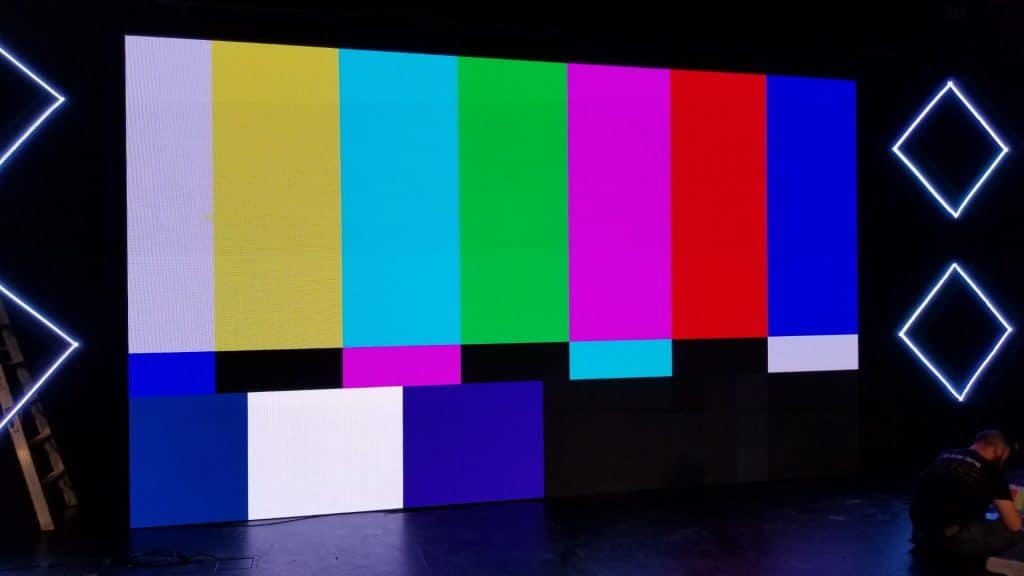 The women’s conference was a spectacular success enhanced by the centerpiece screen.  The congregation was wowed by the level of clarity the LED video wall.

Consultants were amazed by the superior HDR (High Dynamic Range) capability of the QST LED video wall that was manifest in the brighter whites, higher contrast ratios, more saturated colors, and true-to-life color accuracy for a unprecedented level of image quality and realism utilizing QST’s “Ultra HDR” technology–1st of its kind in the industry.
The image quality was close to 90% of the industry-leading solution at only 40% of the cost- 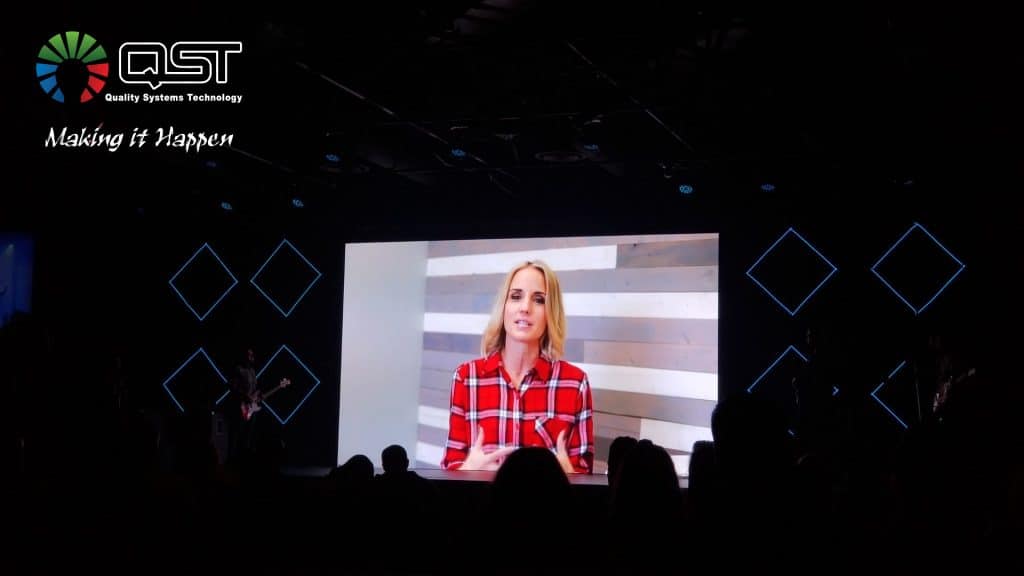 The AV Director of the church remarked that LED Screens were a “game-changer” for the congregation as far as in attendance, the level of the immersive worship experience and even the level of giving as the large video screens can now be seen across the world through the Church’s streaming ministry.

The LED screens helped establish credibility with the congregation regarding the church’s long-term investment and involvement in the community and as a result, overall morale and even giving went up!

We were told the church was initially offered a 3.6mm screen from a leading supplier. 2.9mm vs 3.6mm may not seem to be a step up but it’s actually a 54% increase in pixel count.

The resolution is much sharper and the congregation had gotten “the most bang for its AV dollars.”

Further, the church was able to repurpose their LED screens for a lively celebration at Easter. The team formed the QST panels into creative shapes that were eye-opening to see!
“This project is a win-win-win-win for all involved, the congregation, the church, the faith-based integrator and supplier, and finally the Kingdom,” remarked John Hu the President and CEO of QST LED.
As a faith-based company, we believe in giving back to the local community and the House of Worship market is a major focus for QST LED!
Share on facebook
Facebook
Share on google
Google+
Share on twitter
Twitter
Share on linkedin
LinkedIn

QST is a boutique LED screen and LED video wall manufacturer with 10’s of millions of dollars of LED screens deployed in North America since 2007. Our LED screens have been associated with fine organizations such as the NBA, NFL, NHL, NASCAR, LPGA, USOC, and in locales such as the Times Square Novotel and CBS 8 TV broadcast studio in San Diego. As an American-owned company with low-cost manufacturing subsidiaries, we take pride in using top-tier components and delivering high quality, reasonably priced screens with local inventory and technical services. Learn more: qstled.com or call 321-345-9399 for a 5-min cost estimate!